A Dump of Random CC!

Since I had a bunch off CC waiting to go, I decided to just upload it all at once. 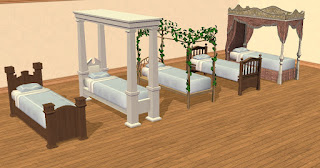 - 5 Single beds from TS3. The Castle and Federal beds are converted directly from the game, while the French, fairy and traditional beds are double beds (and a bunk) made into singles; thanks to Everlasting-Garden and danjaley whose TS3 meshes I used. These have the same textures as their double bed counterparts do. I also did matching recolours for Shaundak21’s castle and traditional bunk beds, which are included. 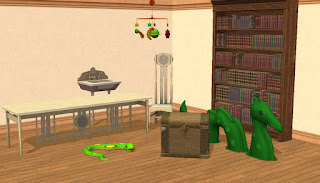 - A deco toy snake, mesh is originally from Animal Crossing, I found it on the Models Resource. 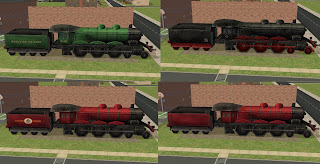 - A British/European Steam Train, converted from TS3, originally by PotatoBalladSims. I did a red Hogwarts Express recolour, both with and without the Hogwarts logo. (I wanted to default the neighborbood steam train with this, but haven’t figured out how- so for now this lot deco version will have to do.)

Most of the objects have recolours; Note that I have re-used some guids, check the read-me file in the RAR for details.